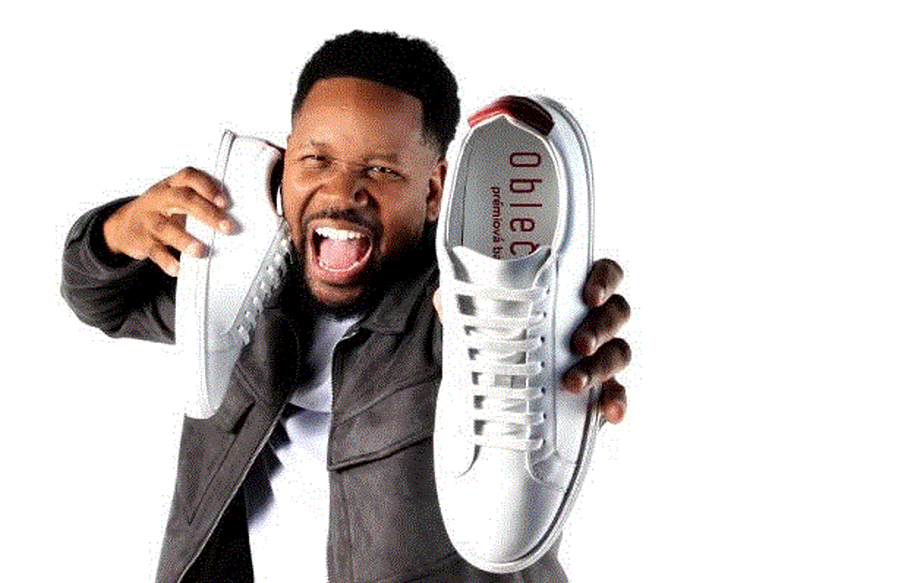 PHILADELPHIA - Darrell Alston spent more than 11 years in prison, using that time to make plans and sketch designs for hundreds of pairs of shoes, eventually leading to the conception of his luxury sneaker and apparel brand, Bungee Oblečení. Shortly after launching his business, Alston became one of those feel-good, national comeback stories you often hear about, eventually being featured on the Today Show, Inside Edition, The Nick Cannon Show and more helping this humble Philadelphia-based entrepreneur’s dreams of success in the luxury fashion world come true.

In the summer of 2021, Richard A. Johnson, the CEO of FootLocker, contacted Alston.  Shortly thereafter, a collection of sneakers from Bungee was added to Foot Locker’s website and stores for sale. Alston is reaching even higher, taking it up a notch by unveiling the fall 2022 Bungee Oblečení collection of sneakers and apparel at Neiman Marcus at King of Prussia.

For this launch, Neiman Marcus will host a press event on October 14th from 6 to 8 p.m. The following day will feature a trunk show open to the public from 2 to 6 p.m.

“This is a dream come true,” said Alston. “Just launching my brand was a dream. Being recognized and making my first sales was really special. Being asked to go on national television not just once but multiple times simply blew my mind. When Mr. Johnson of Foot Locker called, that changed everything. It’s been an amazing journey over the past two years, but having one of the foremost luxury retailers in the world reach out to sell my products and dedicate an entire window to me leaves me speechless. I am so grateful and beyond appreciative for everything that’s happening.”

The event will mark the debut of Bungee’s fall 2022 collection inside one of the world's most revered luxury clothing retailers. Created with many types of leather, suede, and Vibram soles, the upscale sneakers will be available in sizes fitting men and women with retail prices from $250 to $650 apiece. Seven new shoe designs, a handful of cardigans, and other apparel will be included in the launch. Additionally, Neiman Marcus is dedicating one of its retail windows specifically to Bungee Oblečení.

Alston is especially thrilled that Neiman Marcus, King of Prussia, is close to Paoli, his hometown. “I’m excited to share this moment with my family and the Bungee and Neiman Marcus communities,” Alston said. “This accomplishment is proof that, with hard work, people can change their lives and achieve their goals, no matter how lofty those goals are.”

Bungee’s name is a nod to Alston’s past, which has seen more ups and downs than a bungee cord. After a successful career in hip-hop, Alston landed in prison on drug charges. After his release, he worked as a barber and taught himself about sewing, embossing, and detailing by watching YouTube. He saved money to create sneaker samples and placed them in the barbershop window. A customer saw the designs, liked them, became Alston’s first investor, and the rest is history.