PHILADELPHIA, -- Researchers at Children's Hospital of Philadelphia and the School of Engineering and Applied Science at the University of Pennsylvania have identified ionizable lipid nanoparticles that could be used to deliver mRNA as part of fetal therapy.

The proof-of-concept study, published today in Science Advances, engineered and screened a number of lipid nanoparticle formulations for targeting mouse fetal organs and has laid the groundwork for testing potential therapies to treat genetic diseases before birth. Dr. William H. Peranteau, senior author of the study

"This is an important first step in identifying nonviral mediated approaches for delivering cutting-edge therapies before birth," said co-senior author William H. Peranteau, MD, an attending surgeon in the Division of General, Thoracic and Fetal Surgery and the Adzick-McCausland Distinguished Chair in Fetal and Pediatric Surgery at CHOP. "These lipid nanoparticles may provide a platform for in utero mRNA delivery, which would be used in therapies like fetal protein replacement and gene editing."

Michael J. Mitchell, Skirkanich Assistant Professor of Innovation in Penn Engineering's Department of Bioengineering, is the other co-senior author of the study.

Recent advances in DNA sequencing technology and prenatal diagnostics have made it possible to diagnose many genetic diseases before birth. Some of these diseases are treated by protein or enzyme replacement therapies after birth, but by then, some of the damaging effects of the disease have taken hold. Thus, applying therapies while the patient is still in the womb has the potential to be more effective for some conditions. The small fetal size allows for maximal therapeutic dosing, and the immature fetal immune system may be more tolerant of replacement therapy.

Of the potential vehicles for introducing therapeutic protein replacement, mRNA is distinct from other nucleic acids, such as DNA, because it does not need to enter the nucleus and can use the body's own machinery to produce the desired proteins. Currently, the common methods of nucleic acid delivery include viral vectors and nonviral approaches. Although viral vectors may be well-suited to gene therapy, they come with the potential risk of unwanted integration of the transgene or parts of the viral vector in the recipient genome. Thus, there is an important need to develop safe and effective nonviral nucleic acid delivery technologies to treat prenatal diseases.

Having identified the lipid nanoparticles that we're able to accumulate within fetal livers, lungs, and intestines with the highest efficiency and safety, the researchers also tested the therapeutic potential of those designs by using them to deliver erythropoietin (EPO) mRNA, as the EPO protein is easily trackable. They found that EPO mRNA delivery to liver cells in mouse fetuses resulted in elevated levels of EPO protein in the fetal circulation, providing a model for protein replacement therapy via the liver using these lipid nanoparticles.

"A central challenge in the field of gene therapy is the delivery of nucleic acids to target cells and tissues, without causing side effects in healthy tissue. This is difficult to achieve in adult animals and humans, which have been studied extensively. Much less is known in terms of what is required to achieve in utero nucleic acid delivery," said Mitchell. "We are very excited by the initial results of our lipid nanoparticle technology to deliver mRNA in utero in a safe and effective manner, which could open new avenues for lipid nanoparticles and mRNA therapeutics to treat diseases before birth." 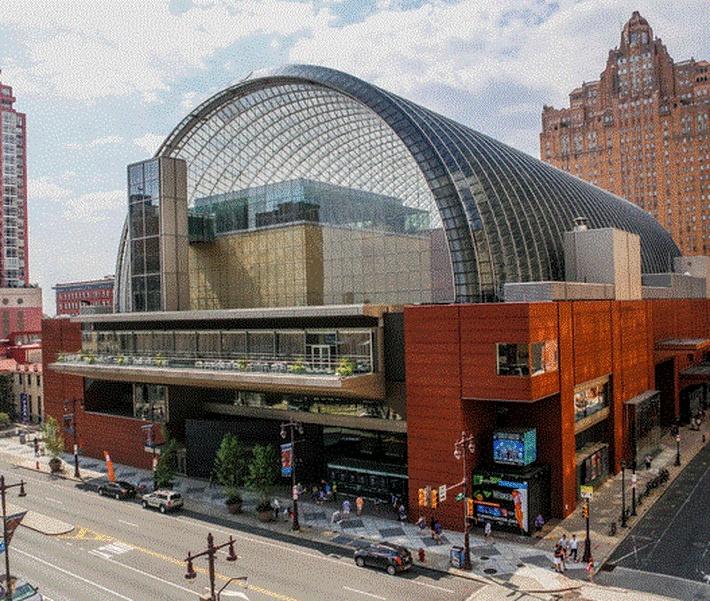 Kimmel Center and The Philadelphia Orchestra Form a New Company