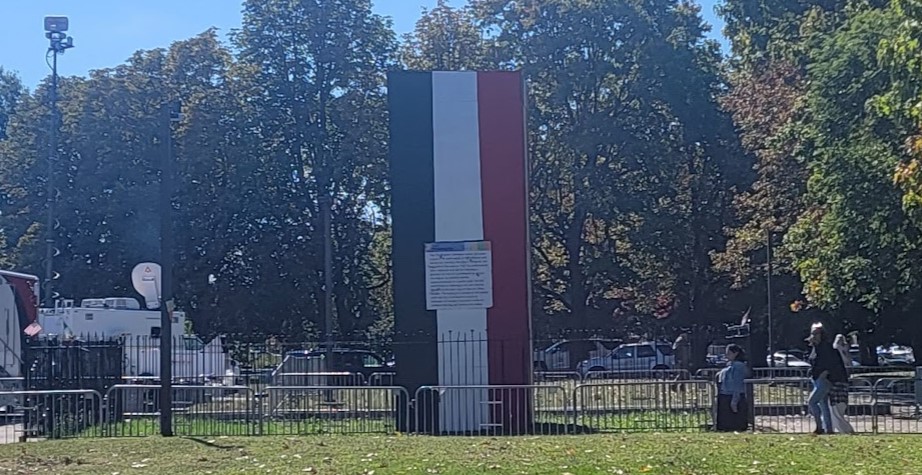 SOUTH PHILLY - The statue of Christopher Columbus in South Philadelphia's Marconi Park has received a new look. City officials painted the box that covers it with the colors of the Italian flag. They did so at the request of District Councilman Mark Squilla. The statue was the source of controversy during racial justice protests two years ago. Initially, city officials said the statue would be removed from the public park. However, several citizen groups and individuals filed lawsuits to keep the statute in place. Until now, the statute has been enclosed while the Commonwealth Court considers the matter.

Recently, the statue has come under renewed scrutiny as communities struggle to remember past figures. A recent case involving vigilantes who had come to the park to "protect" the statue has highlighted the need to reexamine how we honor the past. In the summer of 2020, the Philadelphia Art Commission agreed to move the statue. An Italian-American organization initially commissioned the statue for the Centennial Exhibition of 1876. It was moved to Marconi Park in 1976 to commemorate the Centennial Exhibition.

In the early twentieth century, Columbus Day became a controversial topic in the United States. In Camden, a Columbus monument was removed from Farnham Park after protests over the issue. The South Philadelphia monument was then placed in a box until its future was decided. Opponents argued that the monument should be removed, but supporters pointed out that it is in honor of the Italian immigrants and their contributions to the United States.