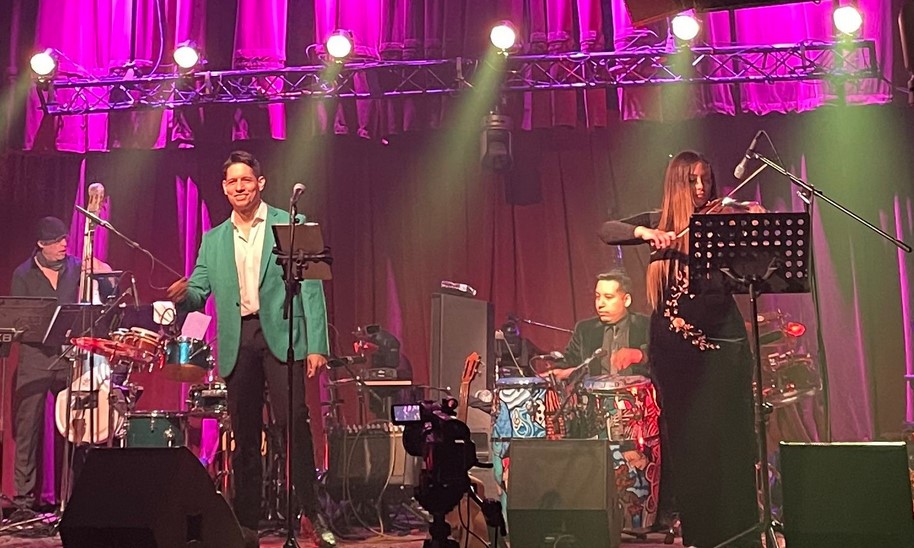 West Chester, PA - Uptown! Knauer Performing Arts Center is taking audiences on a global musical journey this September during a one-night-only concert with Alex Moreno. Venezuelan-born Moreno has established crossover appeal by performing in English and Spanish and has garnered international awards for his music.

He returns to Uptown with a mix of rhythms that take audiences through the sound landscapes of piano, guitar, and Venezuelan Cuatro. Moreno will perform with his musicians on Saturday, September 17, at 7:30 PM on the A. Roy Smith Mainstage at Uptown. Tickets to this exciting musician’s performance cost $25 in advance and $30 at the door. Uptown! Knauer Performing Arts Center is located at 226 N. High Street. For more about all music performances and tickets, visit https://uptownwestchester.org.

“Alex Moreno was last with us during our virtual fundraising Gala in December 2020," said April Evans, Uptown Executive Director. "Even though it was being streamed, he brought the house down! We're thrilled that audiences will be able to experience this full concert live on our Mainstage.”

Moreno is a Venezuelan singer whose voice explores different genres such as opera, jazz, musical, romantic ballads, and Latin American music. He began his musical career at an early age studying instruments like piano, guitar, and Venezuelan Cuatro. Later he studied operatic singing, acting, and theater direction. Moreno has won national and international singing and composition awards and is the founder and director of the Venezuelan band “3 y Cuatro“ with whom he was pre-nominated for the 2018 Latin Grammy with the album “Que si.” He currently lives in Philadelphia and is creating a solo project fusing the Caribbean and South American rhythms with great universal music classics.