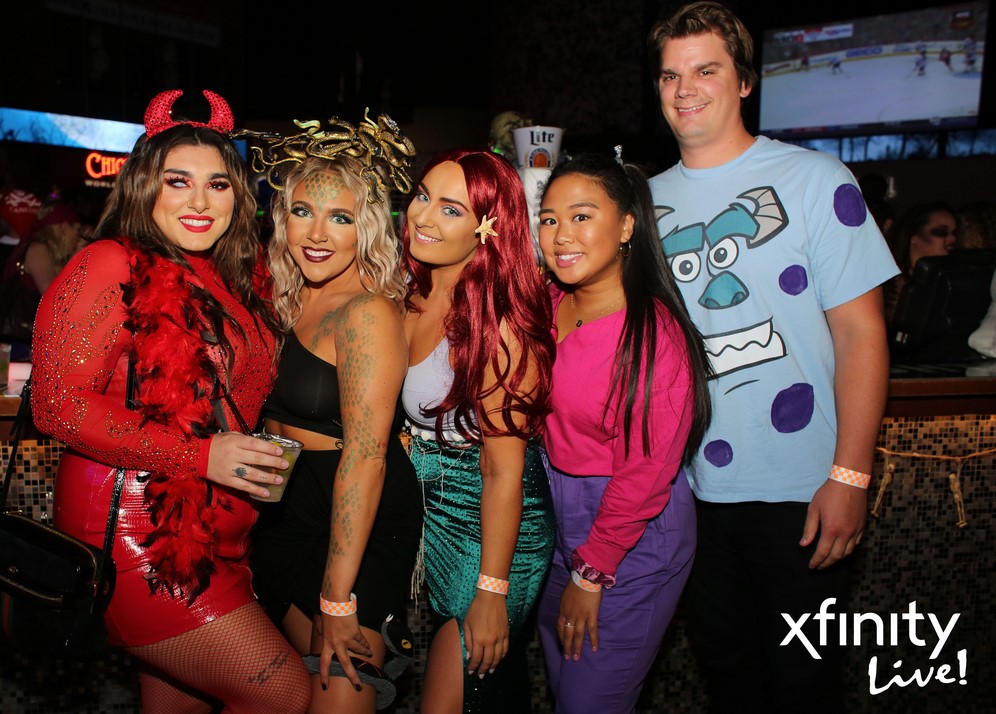 PHILADELPHIA – Xfinity Live!, the one-of-a-kind dining and entertainment district located in the heart of the South Philadelphia Sports Complex, is thrilled to announce the return of its annual Halloweekend, featuring two back-to-back masquerades: Screams in the Stadium District, on Friday, October 28th from 8 pm – 2 am, and A Haunting on Pattison Ave., on Saturday, October 29th from 8 pm – 2 am. Both fright nights will include costume contests with over $1,500 in cash prizes, alongside a bevy of fang-tastic entertainment such as live music, DJ sets, silent disco, karaoke, bull riding, and more.

There’s something for every witch and warlock this Halloween at Xfinity Live!, Philly’s go-to indoor-outdoor game day destination known for its sprawling interior with many dining, imbibing and entertainment options. Each of the five venues will offer different tricks and treats all under one roof, including Karaoke in Broad Street Bullies Pub, Silent Disco in 1100 Social, Bull Riding & Buckle Bunnies in PBR Philly, live music in Victory Beer Hall (Engine #9 on Friday night and Split Decision on Saturday night) and DJs in NBC Sports Arena. Tickets are $10 for each event and available for purchase now: Night 1, Night 2. Tickets are $15 at the door.

“Our annual Halloween event has become one of our most popular, offering attendees five different themed parties under one roof,” said Justin DeSalvo, Director of Operations at Xfinity Live! “Whatever experience you’re looking for on Halloween, we’ve got it, from karaoke to DJs and dancing. It’s perfect for a ghouls’ night out.”

Each night will boast multiple costume contests, including Best Duo and Best Overall. First place in each category will receive $1,000 cash plus a $500 Xfinity Live! gift card. Second place will receive $500 cash and $250 gift card, followed by $100 cash and $100 gift card for third place. To enter the contest, attendees must upload photos to Crowdpurr, and other partygoers will cast their votes via the app.

While both nights offer similar entertainment, each night has a different theme. During Screams in the Stadium District on Friday, October 28th, partygoers will revel as the Stadium District comes alive…but not with team spirit. Philly’s stadiums have a haunted past, and when the lights go out, the souls of past players emerge. Attendees can rally with legends of the afterlife as they take their haunt into overtime at Xfinity Live’s largest Halloween Party. Night two, A Haunting on Pattison Ave., will boast unnerving supernatural presences as reports of paranormal activity swirl through the Stadium District.

Hockey fans attending the game at Wells Fargo Center on Saturday, October 29, will receive free admittance to A Haunting On Pattison Ave. with their game ticket.